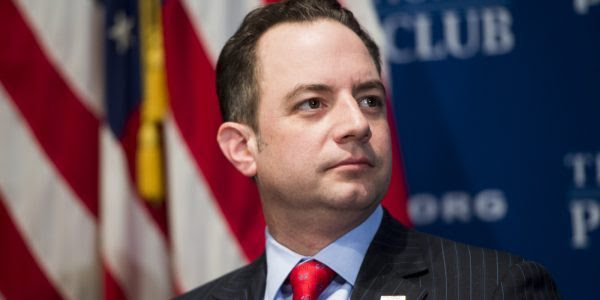 The forty-four year old Priebus has a long history in politics, and is a personal friend of House speaker Paul Ryan, which is expected to help in garnering legislative victories for the Trump administration, The Guardian reports.
Priebus has served as state treasurer and Republican party chairman in Wisconsin, and took up the post of Republican National Convention chairman in 2011, becoming a loyal Trump campaign adviser and helping to garner broad support that led to his victory.
More importantly, the soon-to-be chief of staff is an Orthodox Christian, and through his efforts with fellow Orthodox Republicans, the need for defending religious freedom in places of high risk for Orthodox Christians was added to the Republic Party platform, according to the Greek Archdiocese’s official site.
Priebus is an active member of St. Sophia’s Greek Orthodox Catheral in D.C. His 2016 Paschal message reads:
Christos anesti! I want to wish Orthodox Christians around the world a happy and blessed Easter. As our church has done for generations, we celebrate the resurrection of Christ and the love of God in providing a savior. Just as the first Christians praised God at the sight of the empty tomb, we too praise our good and merciful God today for his victory over the grave. Christ’s sacrificial work provides an example for us all, and we join with the Psalmist in saying ‘You make known to me the path of life.’ Easter is a time for the celebration of new life, and I pray we will all draw on that new hope throughout the year,
and on his personal Twitter account he exclaimed: “To my Greek Orthodox friends, Kalo Pascha and Christos Anesti!”
http://www.pravmir.com/trump-names-orthodox-christian-white-house-chief-staff/
- Νοεμβρίου 15, 2016
Αποστολή με μήνυμα ηλεκτρονικού ταχυδρομείου BlogThis!Μοιραστείτε το στο TwitterΜοιραστείτε το στο FacebookΚοινοποίηση στο Pinterest
Labels: ενημέρωση, ΗΠΑ